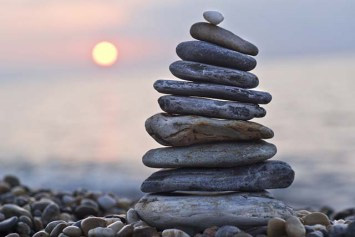 Rule 1 – Every Thought or Idea causes a Physical Reaction

Your thoughts can affect all of the function of the body. WORRY thought trigger changes in the stomach that in time can lead to ulcers. ANGER thoughts stimulate your adrenal glands and the increased adrenaline in the blood causes many body changes. Anxiety and FEAR thoughts affect your pulse rate. Ideas that have a strong emotional content almost always reach the subconscious mind, because it is the feeling mind. Once accepted, these ideas continue to produce the same body reaction over and over again. In order to eliminate or change chronic negative bodily reaction we must reach the subconscious mind and change the idea responsible for the reaction.

Rule 2 – What is Expected Tends to be Realized

The brain and the nervous system respond to mental images. It does not matter if the image is self-induced or from the external world. The mental image formed becomes the blueprint, and the subconscious mind uses every means at its disposal to carry out the plan. Worrying is a form of programming a picture of what we don’t want. But the subconscious mind acts to fulfill the pictured situation. “THE THINGS THAT I HAVE FEARED HAVE COME UPON ME.”

Many people suffer from chronic anxiety, which imply a subconscious mental expectancy that something terrible will happen to them. On the other hand, we all know people who seem to have the “Magic Touch.” Life seems to shower them with blessings for no apparent reason, and so we call them “Lucky.” What seems to be luck is in reality, POSITIVE, MENTAL EXPECTANCY, a strong belief that they deserve to be successful. “WE BECOME WHAT WE THINK ABOUT.”

Our physical health is largely dependent upon our mental expectancy. Physicians recognize that a patient expects to remain sick, lame, paralyzed, helpless, even to die, the expected condition tends to be realized. Here is where self-hypnosis promotes the removal of despondency and negative attitudes and facilitates a hopeful positive expectancy – the expectancy of health, strength and well-being, which then tends to be realized.

REASON IS EASILY OVERRULED BY IMAGINATION. This is why some persons blindly rush into some unreasonable act or situation. Violent crimes based upon jealousy are almost always caused by and over-active imagination.

Most of us feel superior to who lose their savings to confidence men, or blindly follow a demagogue such as Hitler. We can easily see that such people have allowed their imagination to overcome their reason. But we are often blind to our own superstitions, prejudices, and unreasonable beliefs. Any idea accompanied by a strong emotion such as anger, hatred, love or our political and religious beliefs usually cannot be modified through the use of reason.

This does not mean that one idea cannot be remembered or harbored in your memory, but it refers to the conscious mind recognizing an idea. Many people try to hold opposing ideas simultaneously. A man might believe in honestly and expect his children to be honest, and all the while may be engaging daily in slightly dishonest business practices. He may try to justify by saying “All of my competitors do it, it’s an accepted practice.” However, he cannot escape the conflict and its effect upon his nervous system that is caused by trying to hold opposing ideas.

Rule 5 – Once an idea has been accepted by the subconscious mind, it remains until another replaces it. The companion rule to this is, the longer the idea remains the more opposition there is to replacing it with a new idea

Once an idea has been accepted, it tends to remain. The longer it is held, the more it tends to become a fixed habit of thinking. This is how habits of action are formed, both good and bad. First there is the thought and then the action. We have habits of thinking as well as habits of action, but the thought or idea always come first. Hence it is obvious if we wish to change our actions we must begin by changing our thoughts.

We accept as true certain factors. For example, we accept as true that the sun rises in the east and sets in the west and we accept this even though the day may be cloudy and we cannot see the sun. This is an instance of a correct fact of conception, which governs our actions under normal conditions. However, we have many thought habits that are not correct and yet, are fixed in the mind. Some people believe that at critical times they must have a drink of whisky or a tranquilizer to steady their nerves so that they perform effectively. This is not correct but the idea is there and is a fixed habit or thought. There will be opposition to replacing it with a correct idea.

Now in advancing these rules, we are speaking of fixed ideas, not just idle thoughts or passing fancies. We need to alter fixed ideas or use them.

Rule 6 – An Emotionally induced symptom tends to cause organic change if persisted in long enough.

It has been acknowledged by many reputable medical men that more than seventy percent of human ailments are functional rather than organic. This means that the function of an organ or other parts of the body have been disturbed by the reaction of the nervous system to negative ideas held in the subconscious mind. We do not mean to imply that every person who complains of an ailment is emotionally ill or neurotic. There are diseases caused by germs, parasites, virus, and other things attacking the human body. However, we are a mind in a body and the two cannot be separated. Therefore, if you continue to fear ill health, constantly talking about your “nervous stomach” or “tension headache” in time organic changes must occur.

A mental trend is easier to follow the longer it lasts unbroken. Once a habit is formed it become easier to follow and more difficult to break. In other words once a self-suggestion has been accepted by your subconscious mind it becomes easier for additional suggestions to be accepted and acted upon. You can suggest that you feel a tingling sensation or a warm and pleasant feeling. When these have been followed you can move on to more complicated suggestions.

This proves why “will power” doesn’t really exist. If you have insomnia you’ve learned “the harder you try to go to sleep, the more wide awake you become.” The rule is “When dealing with the subconscious mind, TAKE IT EASY.” This means you must work to develop a positive mental expectancy that your problem can be and will be solved. As your faith in your subconscious mind increases you learn to “let it happen” rather than trying to “force it to happen.”